Pocklington Tennis Club’s Annual Tennis Tournament culminated in a competitive Final’s Day played out under sunny skies at the club’s West Green base last Sunday (11 September 2016). With 5 titles to be contested, everything was set fair for a great day of tennis. 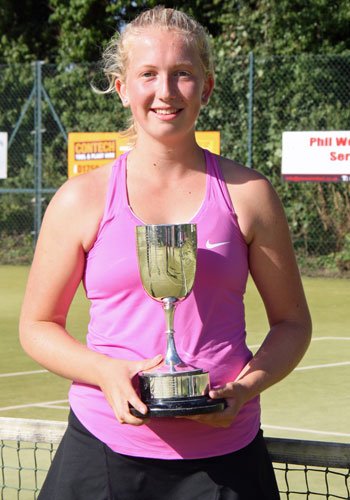 Taking to the courts first – and providing an explosive opening – were Rebecca Hill and Josephine Nuttman. Rebecca continues to be the club’s standout talent and impressed with a dominating performance, despite Josephine giving her usual trademark display of battling, resilient tennis. It was to be a busy day for Rebecca who would later feature in both the Ladies Doubles and Mixed Doubles finals.

The Men’s Singles competition resulted in a close-fought, well-matched final which saw Damian Galloway and Jack Wood go toe-to-toe, exchanging heavy hitting base line shots and providing a great spectacle for the gathered crowd. In the end, Damian Galloway narrowly edged the deciding set to claim his first singles title with the overall score of 3-6, 6-3, 7-5.

Next up, the series of three doubles finals produced further excitement and entertainment.

Rebecca Hill returned for her second match of the day, this time alongside Vicky Bland, to once again go head-to-head with Josephine Nuttman, who partnered with Helen Fairey in the Ladies Doubles final. Again Rebecca, matching the weather, shone brightly and, with Vicky also in good form, never looked troubled. Helen and Josephine did however make the eventual winners work hard for their title and successfully won a number of games.

As with the Men’s Singles, the Men’s Doubles was another cagey affair which, despite the 2-0 score line (7-5, 6-4), could have swung either way.  In the end though, the performance of Adam Smith in particular, alongside the ever-dependable and ever-impressive John Kaye, won out as coach Matt Ward and Jack Wood had to settle for the runner’s-up spot for the third successive year.

Bringing the day to a close was the Mixed Doubles final which again went to form. The pairing of Rebecca Hill and Trevor Loten was always going to be a difficult combination to beat and so it proved for Vicky Bland and Adam Smith who found their opposition in imperious form and hard to breakdown – not that it was all one-way traffic.

A short presentation ceremony conducted by Tournament Coordinator Ross Gleig – who deserves great credit for delivering another well organised event – rounded off an enjoyable tournament which saw a good number of the club’s membership take part in the end of season finale. 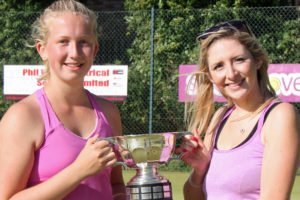 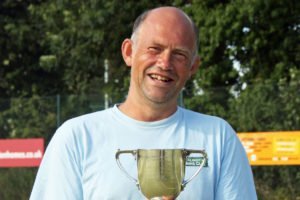 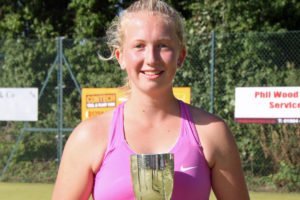 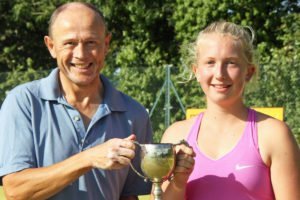 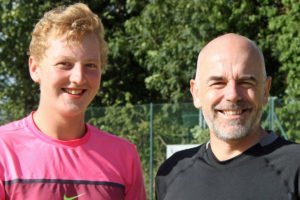