Skip to content
A Great Year For Rebecca Hill

A Great Year For Rebecca Hill 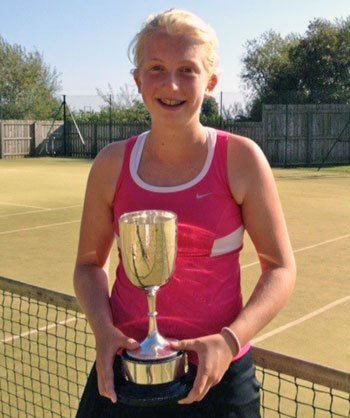 Pocklington Tennis Club member Rebecca Hill has enjoyed another successful summer season playing in some National & Regional tournaments in her current under 16s age group as well as playing up in some under 18s & Open Women’s events.

She has now managed to reduce her rating down to 3.2 & is currently ranked 5th in Yorkshire in her age group. Rebecca has also enjoyed playing in our 1st mixed team who won the Driffield League & our Ladies 1st Team which successfully maintained their place in Division 1 of the York League.

Also, for the last two seasons, Rebecca  has been invited to play for York Tennis Club in their Yorkshire League Team. Despite summer coming to a close, Rebecca will continue to train over the winter and has been invited to County Training sessions & will be competing in the LTA Winter Tournaments.

Rebecca has also been assisting Matt Ward at some of the Club’s coaching sessions and is hoping to gain her Level 1 coaching award later this year.

The Club wishes Rebecca well. She is not only a credit to herself and her family but the Club too!