Pocklington Men’s A are continuing to head for promotion with another huge victory, their victims this week were Beeford who showed no respect for their opposition as they attempted to out hit the Pocklington team who took all in their stride and leave the Holderness team in awe of their talented opponents, who are clearly a match for anyone. Pocklington were winners once more by 9 – 0. Since 16th May the team has only dropped one set, they have amassed a set score of 84 – 6, this is clearly heading for some record? Next week will be a real test as they travel to Scarborough…. Watch this space.

With the Men’s B without a game, the Men in the Tyke York League went over to Sutton upon Derwent and had a resounding victory over the Sutton Men 10½ – 1½, by 72 – 36. With Dave Gamble back in action after an injury, he teamed up with Captain Matt Ralphs to take a massive 29 games which will leave Pocklington in the top 2 of the York League. 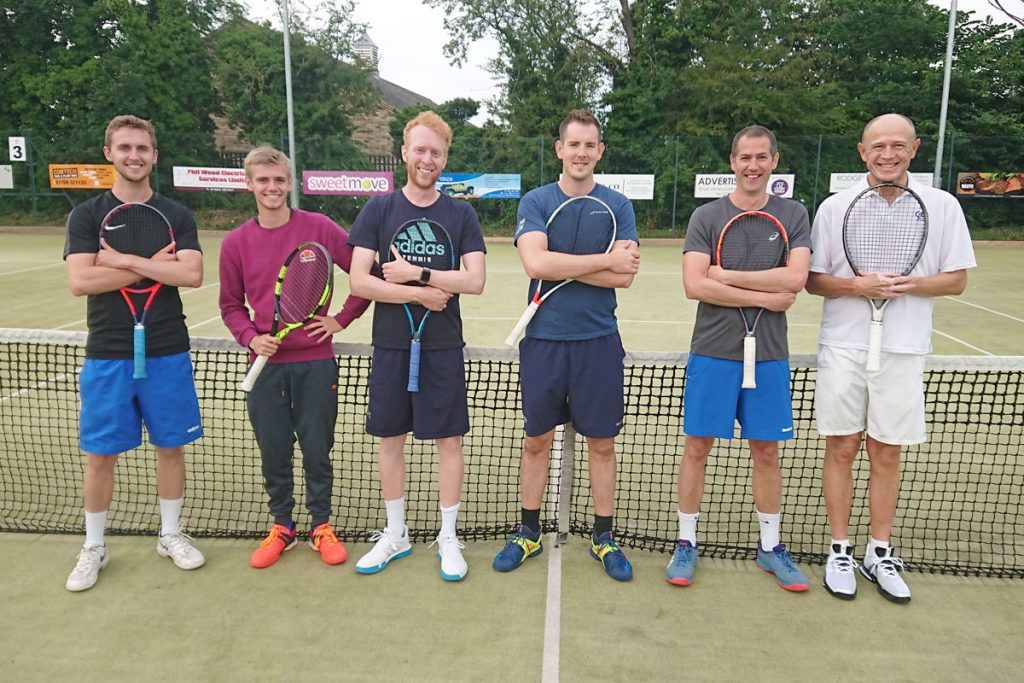 With the weather allowing a full programme of mixed matches and even water being applied to the Astroturf courts Pocklington came out of their matches with some close games and wins for every team apart from the A Team who went to Bridlington and suffered an agonising 4 – 5 defeat to Brid A. Stand in Captain Mell Duncan and experienced Trevor Loten won all three sets and with one of the other couples winning a further set from Bridlington, it left Pocklington’s last game on to take a set. It was not to be and Pocklington’s third pairing lost on a tie break 7 – 8 to give Bridlington a frustrating win.

However the B Team stayed unbeaten and on course for a return back to Division One with a 6 – 3 win over Hutton Cranswick at home. Stand in pair of Loobie Kettlewell and Jack Hoare crucially winning all three sets including two tie breaks.

Snapping on their heels in Division Two are the Mixed C, also unbeaten and second in the league. They went over to Beeford and came away with a close win, the Club showing the strength in depth of the Club with the team containing several D Team players and still recording a very good 5 – 4 victory.

The Mixed D in turn also produced an enthralling game which went to the wire as Market Weighton’s Jon Sugden excelled on Pocklington’s “Grass” winning all three sets. It was not enough as Pocklington D remained unbeaten too and on top of their league with their 5 – 4 win.

The Mixed E, who have struggled due to the other teams requiring players they wished to select, managed to win at Beeford, who will have been sick of the sight of Pocklington by the end of the week as they lost 2 – 7 to the E Team. Matthew Cotton and Roseanne Dane dropping only three games in winning their three sets to lay a great foundation for the team’s win.

Pocklington Ladies have struggled to produce the form of the other Pocklington teams this season, but the Ladies A did have an emphatic 9 – 0 win over the Ladies B Team.

There was also a welcome win for the Ladies C away to Driffield Rec A, again in the closest of matches with Louise Durkin and Di Flint taking three sets including an all-important 8 – 7 to give the Ladies a great but tight 5 – 4 win.

The season moves into its final third of the league season giving a fixture backlog to a lot of clubs due to the weather. Pocklington’s away fixtures have suffered especially the ladies, whilst most of their home games have been completed due to the Pocklington courts being relatively well drained.

Back to news page
James2019-10-09T12:24:38+01:00
This website uses cookies and third party services (YouTube & Google Maps) to provide the best user experience and allow us to monitor usage in order to make improvements. No personal details are tracked by Pocklington Tennis Club. Ok