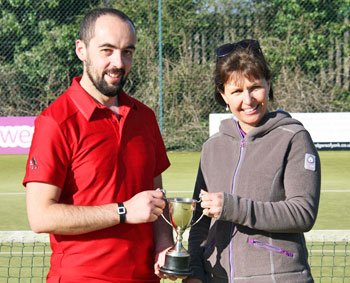 The courts at Pocklington Tennis Club were bathed in sunshine, with only the occasional appearance of clouds, as 16 competitors challenged for the Horsley Trophy on Sunday 19 April.

Under the direction of Ross Gleig, who masterfully controlled the draw and scoring system, the players took part in a series of rounds, switching opponents and partners for each but recording their own individual scores.

With the rounds completed, Lisa Eade and Josephine Nuttman (who held the title for the previous 2 seasons) led the ladies’ standings, whilst Dave Gamble topped the men’s. A tie for second place between Stuart Barnett and Jim Holding resulted in an impromptu singles match between the two, with Stuart edging out Jim in a best of three games match to claim a spot in the final.

Watched by the rest of the players, plus a number of non-playing spectators who had no doubt been enticed out due to the favourable weather, Lisa and Stuart beat off the stiff opposition of Josephine and Dave, running out 6-3 winners to take the title.

With Chris French and Mark Smith on bbq duties and the excitement of the club’s Wimbledon tickets draw, it was a wonderfully enjoyable afternoon and a great way to mark the start of the 2016 season.

Members who were drawn for the club’s allocation of Wimbledon tickets will be contacted by Chris French to make their selection in due course. 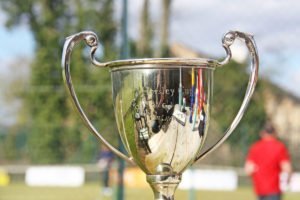 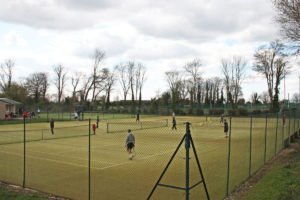 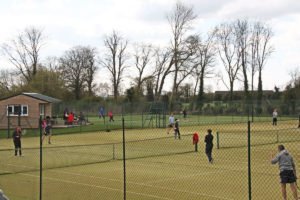 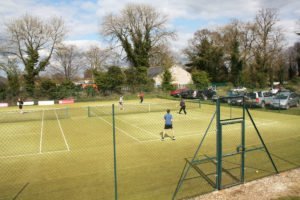 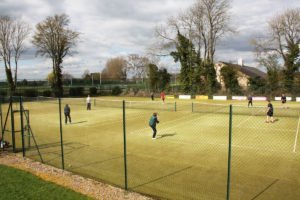