Let there be (temporary) light!

We have now deployed temporary floodlighting at the club. Whilst the lights aren’t suitable for playing a match under, we are hopeful that they will allow coaching sessions to continue through the darker autumn/winter months.

After initially siting the lighting near to the two courts closest to the car park, the unit was then moved to in front of the clubhouse to illuminate the two courts in the back corner.

Whilst acknowledging the limitations of the lights – as they only light up the courts from one side, the light isn’t even – we are pleased that they will allow use of the courts at a time of the year when this may not normally be the case.

At the moment, the lights will be exclusively used for coaching sessions and will not be available for club nights or general play.

This is temporary measure – we are still working towards the permanent installation of floodlights on four courts. 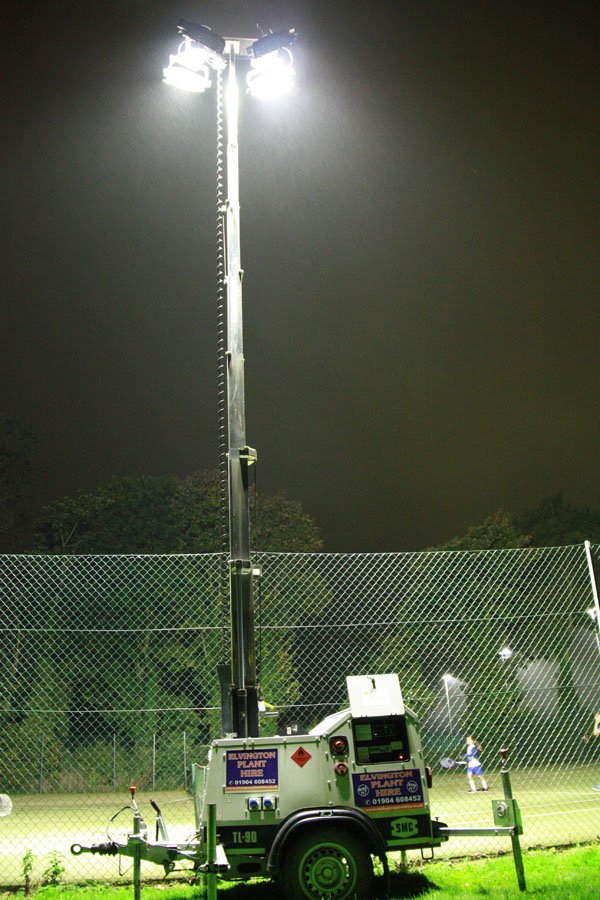 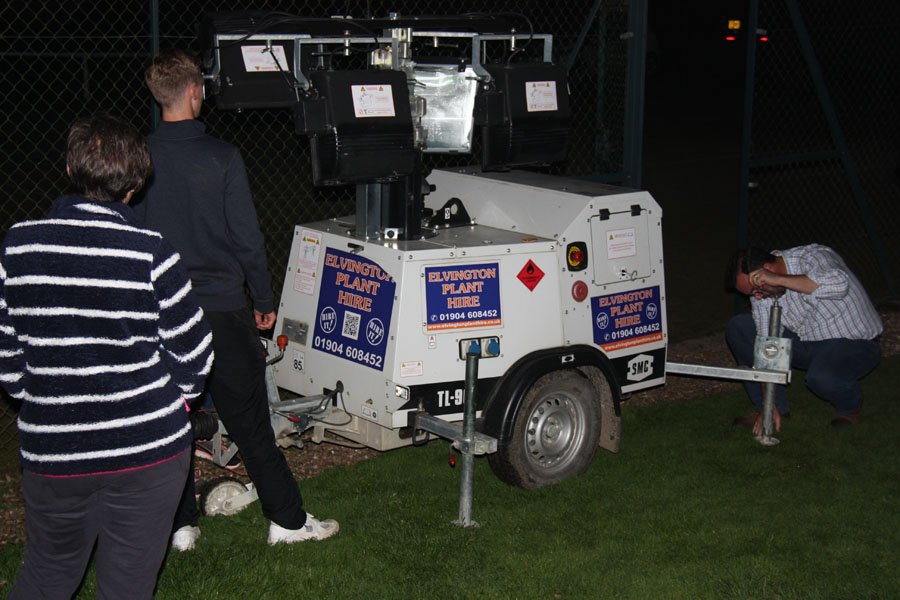 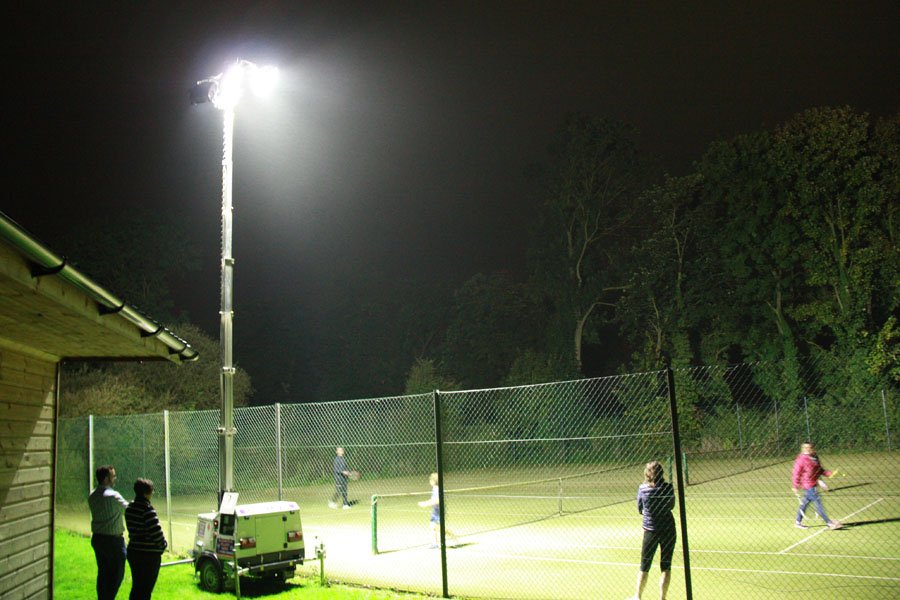